In everyone’s mind is the image of the suffering of a bird with a plastic bag inside its throat. Or the images of the garbage island, in the North Pacific Ocean between California and Hawaii, where, according to a study in the journal Nature, the waste covers 1.6 million km2 (almost three times the size of France) and contains almost 80,000 tons of plastic. Every minute about a million plastic bottles are bought on our earth, and every year about 500,000 million bags are used. Annually, eight million tons of plastic ends up in the oceans.

Since 1950, more than 8 billion tons of plastic of all kinds have been produced in the world and a lot of that has ended up in the environment. How can we stop these figures of rising entirely out of proportions? Plastic recycling is essential. This awareness of the necessity of recycling has to be fixed in into the minds of governments, companies and society in general. 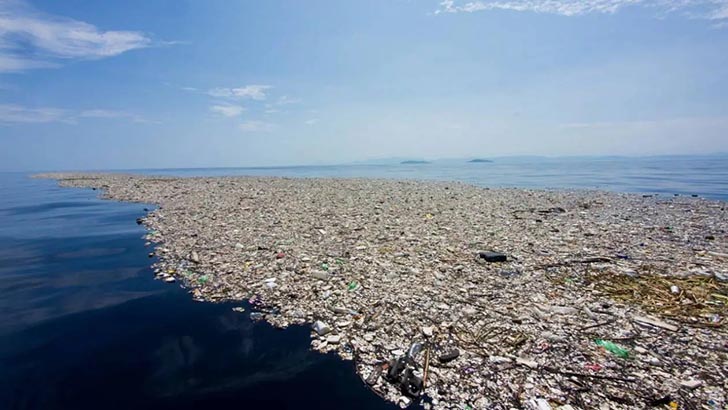 Plastic, present in numerous products, is made up of polymers of resins and substances that come from petroleum that are molded using pressure and heat. Although they can be natural if they come from vegetable raw materials, the most widespread are the synthetic ones. Made from compounds derived from petroleum, natural gas or coal, these plastics come in a big variety of types with different characteristics. Nevertheless, there are four groups that could be identified as the main plastics:

As with materials such as glass or paper and cardboard, several phases are followed to recycle plastic.

There are multiple uses that can be given to recycled plastic and the products that can be created from it. It is possible to see this material in the form of new packaging, slippers, clothing (read our recent article on how PET bottles can be turned into new clothing), accessories and there are even those who have used it to create a boat and those who give it a second life in the form of a musical instrument.

In addition to recycling plastic, it is necessary to implement measures that contribute to reducing the consumption of plastics, as well as developing new solutions that replace this material.

The first step in the human attempt to reduce the plastic footprint is to produce biodegradable polymers through the use of additives. However, this does not solve the problem of its petrochemical origin by having to use a non-renewable energy source. Work is also being done on the manufacturing of bioplastics based on materials such as starch or cellulose.

Biotechnology could also play an important role in this scenario, since it could be used to create microorganisms capable of degrading tons of waste that would continue to be generated despite recycling or the creation of new, more sustainable plastics.

Some governments are working to promote measures to reduce plastic, such as the Peruvian government, which launched the ‘Promises for Plastic’ campaign within the framework of COP25, linked to several commitments:

In Argentina, a resolution was approved that banned the use of non-biodegradable plastic bags in hypermarkets, supermarkets and minimarkets for food and beverages.

In Mexico, one city is leading the fight against single-use plastics: Mexico City. The congress of the Mexican capital approved several reforms to the local Solid Waste Law and established that products such as straws, plates or plastic balloons cannot be distributed unless they are made of compostable materials. The Government of Colombia, which has a National Plan for the Sustainable Management of Single-Use Plastics, is also working along the same lines.

The Uruguayan Government, through its “Law on the sustainable use of plastic bags” established several measures to discourage their use and promote their reuse and recycling.

The Council of the European Union approved in March 2019 the disappearance of single-use plastics in 2021 such as:

At the fourth United Nations Environment Assembly, a global agreement was reached in line with that of the EU to eliminate single-use plastics by 2030.

At BOMAC Industries, we strongly support all efforts of people, organizations, companies and governments to build a circular and sustainable economy. We keep investing in research and development of new technologies that can help us to recycle plastic and to produce alternatives such as biodegradable materials. Take a look at our latest products and see how you can help to build a cleaner world yourself.